What Rooibos Tea does for us

HomeThe Tea Stylist BlogWhat Rooibos Tea does for us 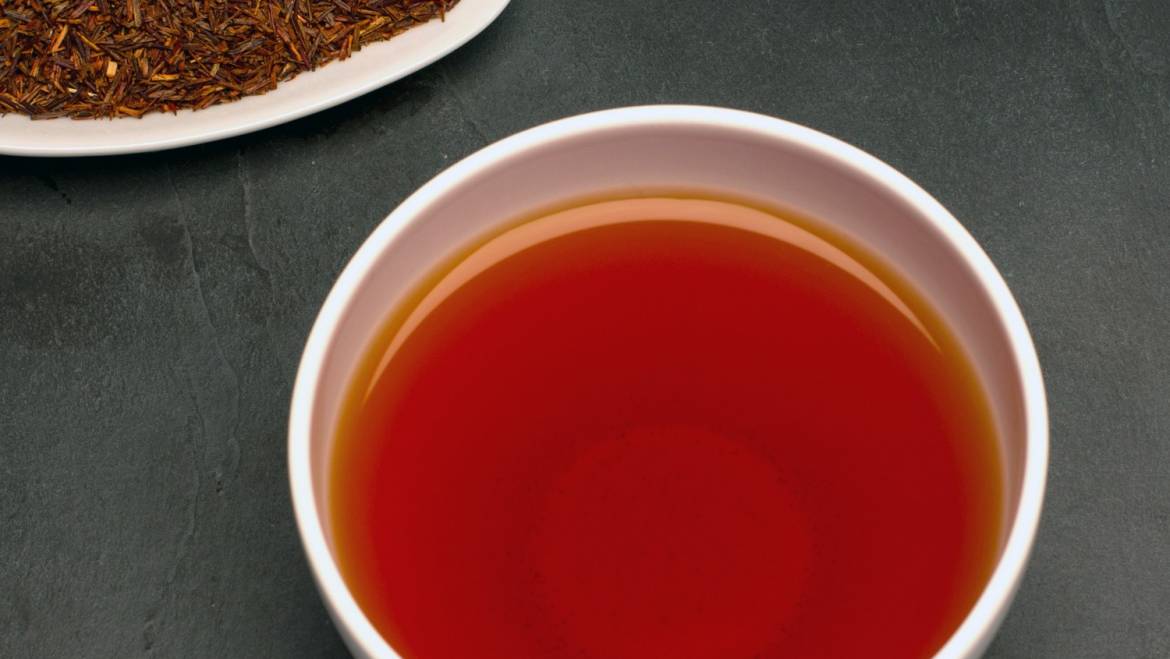 Rooibos tea, also called red bush tea, is a herbal tea derived from the leaves of the rooibos plant. Though consumption of the tea was once confined to the South African regions in which the plant grew, rooibos tea is becoming more popular in Western countries due to its robust taste and numerous health benefits.

1.  Rich in antioxidants – Rooibos tea is extraordinarily rich in a diverse array of antioxidants, including two polyphenols called aspalathin (which is unique to rooibos) and nothofagin (which is only found in rooibos and the New Zealand red beech). These amazing substances protect our bodies from the cell-damaging effects of free radicals, thereby guarding us from a host of serious degenerative diseases such as macular degeneration, Parkinson’s disease and various types of cancer. In fact, rooibos tea is bursting with so many cancer-fighting compounds (including flavanones, flavones, and flavanols) that the Cancer Association of South Africa, after eight years of research, has officially recognized it as a leading source of natural anti-cancer chemicals.

2.  Mineral dense – Rooibos tea contains numerous vital minerals such as magnesium (essential for the nervous system), calcium and manganese (good for the bones and teeth), zinc (needed for a healthy metabolism) and iron (needed to help blood and muscles distribute oxygen to the body’s cells). As with all natural foods and drinks, rooibos tea’s nutritional composition is fashioned by nature to optimize absorption of all available nutrients. Rooibos leaves and tea, for instance, contain a lot of calcium – but they also contain a lot of magnesium to help us absorb that calcium. Likewise, rooibos’s copper content helps us absorb its iron reserves. These superior absorption rates lead to greater rejuvenation.

3.  Caffeine-free – Like most herbal teas, rooibos tea is free from caffeine and low in tannins, lending it a pleasant, soothing effect on the central nervous system. It’s also suitable for pregnant women and children and can be drunk in virtually unlimited amounts (the average South African drinks between 5-6 cups per day). Rooibos tea’s caffeine-free status, coupled with its dense mineral content, might also explain why it is so well-known for preventing and treating insomnia.

5.  Settles the stomach – Like several other herbal teas, such as ginger tea, rooibos tea has a noticeably calming effect on the digestive system. Researchers have attributed this effect to the tea’s quercetin content, a potent anti-inflammatory that can reduce abdominal spasms and ease indigestion.