Discovering the history of Green Tea 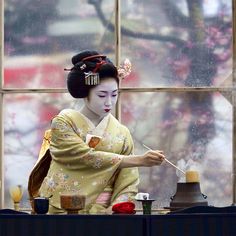 The history of tea started when tea began as a kind of medicine and grew into being a popular drink. From the olden times up until today, a few people deem tea as a kind of art which requires a master to discover its best qualities. There’s good tea and bad tea, just like with paintings. There’s no one means to make the ideal tea. Each cup concocted with fresh leaves has its individual story to tell. Comparable to art, teas also has various schools of thought. These could be broken down into 3 main categories: whipped tea, boiled tea, and steeped tea. Modern individuals most often prefer to steep tea.

Every method of brewing tea is suggestive of the period in which it was largely popular. Every kind of tea was distilled differently. For instance, tea in powdered variety was whipped, cake tea was boiled, and tea in leaf kind was steeped.

The tea plant is indigenous to the southern China region. It was primarily utilized for medicinal purposes in Chinese history. It was recognized for repairing eyesight, strengthening will and relieving fatigue. It was both smeared externally in paste form & consumed as a drink. Taoists thought it to be a truly special ingredient, while Buddhists utilized it to aid prevent lethargy during long meditation sessions.

Tea was a popular beverage amongst individuals of the Yangtze valley when the fifth century came. The methods of tea distillation were in primitive stages back then. Leaves were habitually steamed, then crushed & fashioned into cake form. It was then boiled together with salt, rice, ginger, spices, milk and orange peel. In the history of tea, it has influenced Chinese stoneware as well. A lot of people regarded blue as the most ideal color for serving tea beverage in a cup because it blended nicely with the slightly green tea color. Others chose dark brown bowls.

Later in the history of tea, tea started being served up with its leaves being the lone ingredient. Choice of temperature and water became relatively important when preparing the beverage. It was assumed that water from the mountain spring was most ideal, followed by river water.

Throughout the Sung dynasty, the whipped variety of tea became very popular. Tea leaves were crushed using a minute mill into a refined powder and then whipped using a bamboo whisk in warm water. Tea still continues to be a significant aspect of Japanese and Chinese cultures. Tea ceremonies are held time and again and taken very seriously. A number of popular teas these days are Yogi tea, Tazo tea, hibiscus tea and ginger tea. We could now all take pleasure in a warm cup of this amazing beverage in many flavours.